Brutha’s latest YouTube video features the sibling R&B group in a skit called ‘Brotherhood is Sharing’. The clip has the brothers sharing toothbrushes, underwear, and a girlfriend. “There’s no turning back for us now,” Anthony Harrell says. “This brotherhood movement is real, and we will not stop until the whole world hears like us.” The comedy clip at YouTube has since been removed.

Comedians Kenny Johnson and Tiffany Haddish star as Chris Brown and Rihanna in the somewhat inappropriate YouTube video ‘Rihanna’s Revenge’, featuring altered lyrics to their hits as the on/off couple exchange blows and ending with Rihanna giving Chris the boot. Watch below. 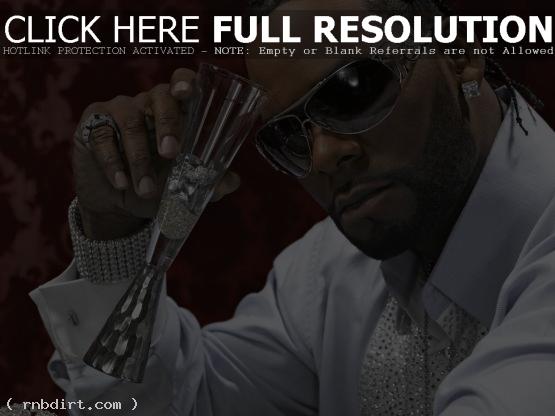 Jay Leno joked during his Tonight Show monologue on Friday night, “Well, how about this? R. Kelly has been found not guilty of having sex with a a minor, by a jury in Chicago. Okay, found not guilty, yeah. Apparently, the ‘R’ stands for ‘Really Lucky’, is what it stands for. … I think R. Kelly is getting a a little cocky. In fact, right after he was acquitted, he said to the judge, ‘Can I get my tape back? I mean, I know it’s not me in it, but I would like to have the tape back.’ … Do you realizes child porn case has dragged on since 2002? In fact, do you know what R. Kelly said as soon as the verdict was announced? ‘I’m going to Disneyland.'”

Jay Leno joked during his Tonight Show monologue on Wednesday night, “According to the TMZ website, singer Bobby Brown’s now trying to reinvent himself as a a country music star. Yeah, he’s going into country music. I believe his country music name is Billy Ray Crack Pipe, if I’m not mistaken.”

Craig Ferguson joked during his ‘Late Late Show’ monologue on Thursday night, “Not a good day for Bobby Brown. Yesterday he had a mild heart attack. Doctors say he’s doing well, except for the fact that he’s still Bobby Brown.”

Conan O’Brien joked during his Late Night monologue on Wednesday night, “In Ohio, a 13-year-old boy has been charged with his 128th felony. Yeah. After hearing about it, Bobby Brown said, ‘I have a son?'”

Jennifer Hudson Triumphs Over The Devil

Jay Leno joked during his Tonight Show monologue on Monday night, “Congratulations to Jennifer Hudson, won for ‘Dreamgirls’. That was very exciting. Imagine that – an ‘American Idol’ contestant winning an Academy Award. You know what that means? That means the curse of ‘From Justin to Kelly’ has finally been broken. … Did you see her speech? She said she owed it all to God. She said she won because of her belief in God triumphing over the devil – Simon Cowell.”