Christina Milian ‘Bring It On: Fight To The Finish’ Preview

Christina Milian is starring in the new directed to DVD film ‘Bring It On: Fight to the Finish’, coming out September 1st. Milian stars as sassy cheer captain Lina Cruz, whose world is turned upside-down when her family moves from the urban streets of East Los Angeles to the sunny beach town of Malibu. At her new school, Lina clashes with Avery, the ultra-competitive all-star cheer captain, while also falling for Avery’s super-cute brother, Evan. Lina’s always been able to rise to a challenge, but can she create a new all-star squad, beat Avery at the Spirit Championships, and still keep her romance with Evan? Hot music, fierce competition and high-flyin’ fun continue in this all-new movie!

Watch two clips from the movie featuring Milian below and at filmsnmovies.com.

Beyonce Knowles At The ‘Obsessed’ Premiere

TV Guide’s Hollywood 411 caught up with Beyonce Knowles at the premiere of ‘Obsessed’, who talked about playing against type in the new film, as well as the former Destiny’s Child star’s co-stars in the flick, who had nothing but love for the singer. Beyonce added that husband Jay-Z was at the premiere, but had snuck in to avoid the press.

The video, featuring highlights from Beyonce’s fight scene in the movie, have since been removed at YouTube.

Adrien Brody spoke with the New York Daily News that the historically inaccurate scene in ‘Cadillac Records’, where the actor, playing record boss Leonard Chess, kisses and rolls around on the carpet with Beyonce Knowles’ character Etta James. “Let’s just say it wasn’t a deal breaker,” the grinning actor joked. “When I met Etta [the real one], she told me, ‘Leonard and I did not do those things!’ So, yes, it was somewhat embellished. But what’s wonderful is the truth Beyonce brings to that moment. That justified it.” Read more.

Ne-Yo tells Rap-Up.com he’s working on a semi-autobiographical film which he compares to Eminem’s ‘8 Mile’. “We are putting together the next [film] right now as we speak, as a matter of fact,” the 28-year-old artist revealed. “The name of the movie is ‘Venice Beach’ and basically it’s going to be my ‘8 Mile’, loosely based on [my] life, but not really.” Production for the film is set to begin “around December”, according to Ne-Yo. Read more.

Mike Straka of FoxNews.com reviewed Alicia Keys’ new film ‘Smokin’ Aces’, calling it a waste of time and said Keys and her all-star co-stars were wasted in their respective roles.

Video at FoxNews.com has since been removed.

Dreamgirl (And It’s Not Beyonce!)

Mandy Stadtmiller of The New York Post profiled the buzz Jennifer Hudson is receiving with the new film ‘Dreamgirls’. She writes, “Remember that one weird ‘American Idol’ season a few years back where people started talking about issues of racism and the curvy girl with the amazing set of pipes got booted from the show early on? Yeah, well, she just made Beyoncé look like a pretty extra.”

The full story at nypost.com has since been removed. 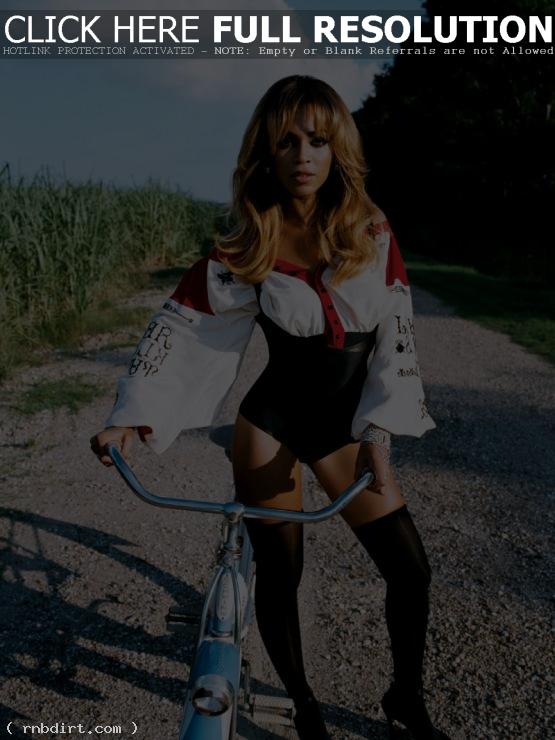 ‘Entertainment Tonight’ caught up with Beyonce Knowles to discuss her new role in ‘Dreamgirls’. “I’m so excited getting started on ‘Dreamgirls,'” Beyonce said of the highly anticipated film. “We finally got the wigs on, and the makeup, and I feel like it’s really reality. This is something that I think all of us have wanted so bad, and now it’s finally here.”

Alicia Keys spoke with MTV News about her first lead film role as a witch in a remake of ‘Bell, Book and Candle’. “[Gillian is] a young woman who feels a little out of place, like I think we all do or have at one time or another,” Keys said of her character, adding with a laugh, “or all the time. So where do you find what you’re looking for? Where is the magic in your life? And where is the magic in love? And is it magic? Is love magic? It’s a universal topic, and that’s what I love about it.” Read more.

The trailer to Ashanti’s new film ‘John Tucker Must Die’ is available online ahead of its July 28th theatrical release. Watch it at Myspace.com.

Three versions of the film trailer for Christina Milian’s new film ‘Pulse’ are available online. The film is out July 14th. Watch it at Apple.com.