USA Today music critic Steve Jones took part in an online chat Tuesday (June 21), where he was asked about the hopes for Kelly Rowland or Michelle Williams to have successful solo careers following the announcement that Destiny’s Child are breaking up. “Michelle has gotten a foothold as a gospel singer and I don’t see any reason why she can’t make a go of it in that genre,” Jones said. “Kelly may be in a more difficult position. She’s already had a big pop hit, but her album only did okay. She’d probably never approach Beyonce’s level, or necessarily repeat Destiny’s success. But, under the right conditions, she’s likeable enough to keep her career going.”

Why Is Michelle Williams In Destiny’s Child?

Why on earth is Michelle Williams in Destiny’s Child? I would like someone to help me understand what I never understood. Its been years and compared to Beyonce Knowles and Kelly Rowland her dancing doesn’t measure up, her looks don’t measure up, her singing (isn’t bad but) doesn’t measure up, her confidence doesn’t measure up and I don’t see anything special or interesting enough about her for her to be thrust in to the lime light with the likes of Kelly and Beyonce. She is the eye sore of the DC experience over all. I am not trying to offend Michelle fans but every time I see a Destiny’s Child video or performance, Michelle falls short. She always makes me role my eyes. Had she auditioned for Diddy’s Making The Band, she never would have made it. So how did she get in to a group of THAT magnitude? Surely they didn’t hold auditions. They probably looked for someone they could run over and still not hear a peep from.

I have only been a member to this site for a short time, so if I offend anyone (I don’t apologize)! It seems that there are some people who don’t understand the concept of a message board! Today there were approximately 4 stories on the front page that had something to do with Beyonce Knowles, and everyone had something to say. We have Beyonce haters we also have Beyonce lovers, but what’s the difference between the two? Nothing, besides your thoughts on Beyonce! I was asked in one of the posts why I wasted my time commenting on her if I did not care for her (big mistake)? The truth of the matter is celebrities are celebrities. We live in age where everyone can have an opinion and state it freely. Celebrities are the people we love to love or love to hate! It just so happens to be that Beyonce is the subject of most stories posted on this site (including this one)! So all I want to know is what is the difference between hatin’ and your opinion? Or can we decipher? 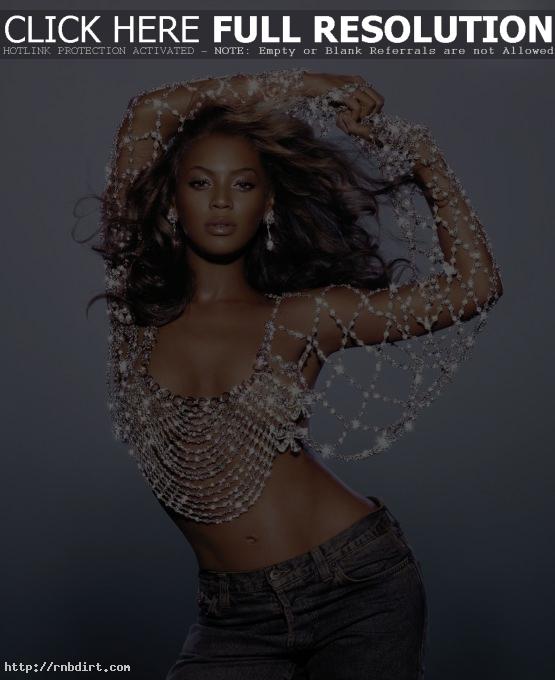 Man, come on now. Everyone is entitled to their opinion about their singers. Some of you like Ashanti, some like Alicia Keys, some like Beyonce Knowles. However, you all must admit. Beyonce has talent. So many people say she is overrated. I agree she is very overrated, but only because of the way she looks. People are so dumb to the fact that the sister is one of the most talented sistas in the game! That’s more than my opinion, that is a fact. Her voice is just beyond amazing. Even for people who say she “oversings”, which she does sometimes, if anyone saw her oscar performance (which i have a link to if anyone wants it) from ‘The Chorus’ which was sung in ‘French’, you would put all doubts aside. Beyonce, if she continues at the rate she’s going, is on her way to join the leagues of Whitney and Aretha. Praise God for strong, black women representin’! This article was in no way meant to down Alicia or Ashanti, the thing is, though I will agree that they are talented, well let me rephrase, that ALICIA is talented, I personally, am a big fan of Destiny’s Child and all of its members and applaud them in all their endeavors. They are some truly talented sisters. Hate them or love them, but don’t deny their talent!

The Color Of RNB Music

You know what? I almost slept on Fantasia Barrino’s new (new to me) CD “Free Yourself”. I really don’t follow American Idol, but, I will be honest enough to say, that I was pulling for Fantasia because she was a black woman. I thought she had a strong voice and what seemed to be a very sincere personality. But, all in all, I didn’t think much would come of her win on AI, because she didn’t seem marketable.

However, I had the opportunity to really sit down and listen to her entire CD this weekend. It has been around my house, by way of my 14 year old, since Christmas. But, I was never interested frankly because of the single “Baby Mama”. Now ever time I hear that song, I just want to scream. Though I understand and relate to the message, it seemed too ghetto and stereotypical. Too much hollering. The song sounded like that cousin in church who the whole family thinks can sing, but she is really just hollering.
END_OF_DOCUMENT_TOKEN_TO_BE_REPLACED 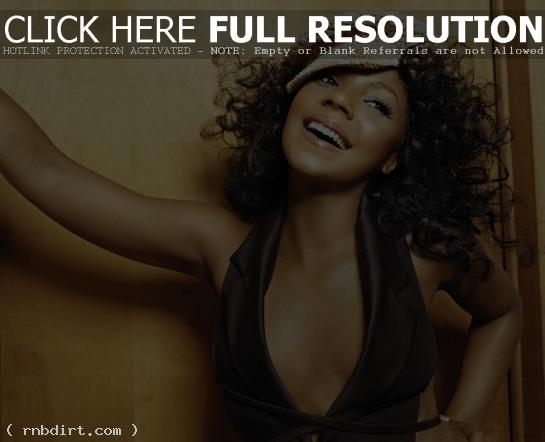 I find that a lot of people claim to hate Ashanti because she is talentless. That is truly bullsh**. Ashanti is one of the most talentless chicks in the game. Vocally ability is not a question any more. Ashanti can sing. She can dance. It doesn’t matter if she can dance better than Ciara or Jennifer Lopez. Beyonce Knowles can’t dance like them either? And she damn sure doesn’t try to. Ashanti is a star in her own right and I believe that she has nothing to prove. Can any of you sing or dance, let alone act? Hell no, cause if you could you wouldn’t be hating on her.
END_OF_DOCUMENT_TOKEN_TO_BE_REPLACED

Why Does Ashanti Have A Record Deal, You Asked?

People, people, why Ashanti has a record deal is not the question here. However why we allow her to poison us with her Crap&B needs to be closely re-examined. I have made my opinions of her clear, and they are all negative, but no, I have realized that we need her in the industry. READ ON.

Ashanti is a major instigator in what I call the
Crap&B Plague. She and other female “singers” come in assorted flavors, Black paint (Christina Milian) Bikini top Blue (Ciara) and Foolish (Ashanti.) The mere fact that I have selected Ashanti is because she has achieved the most undeserved fame and fortune in the shortest time.
END_OF_DOCUMENT_TOKEN_TO_BE_REPLACED

It is evident that now that Beyonce Knowles has experienced the fringe benefits of being a solo star, the other members of Destiny’s Child have been hung out to dry. Their latest album ‘Destiny Fulfilled’, rather than re-instating the trio as a force to be reckoned with, it leaves the public with a sour taste in their mouths for having fallen for them in the first place. Could it be that this is the same group that put out the classic album ‘Survivor’, or better yet, was ‘Survivor’ even that good, or were we all just entranced by this trio at the time? They’ve often been compared to another infamous trio of girls in the R&B industry, for those of you living under a rock, that group would be TLC. TLC though never put out an album during the time that they were around that would compare to the poor quality of ‘Destiny Fulfilled’. It’s true that 3D was not a best-seller, but that is due in part to the fact that one of their members had passed away shortly before and was not featured on more than half of the album. On the other hand, you could lose Kelly or Michelle at any time and you wouldn’t even know the difference, because Destiny’s Child in essence is Beyonce and her backup singers. A girl group that promised so much from the beginning, which quickly became engulfed in the drama of the entertainment industry is now defunct. Everyone pay their respects.

Let’ get passed the crap and get to the facts. Ja Rule’s latest album is and will always be known as a flop. It’s not even in the top 100 as I’m writing this. Concrete Rose is now in the 40’s. With only having been out not quite 2 months, this (even with a single platinum stat) is deemed a failure.

While 01 and 02 the charts were dominated by Ja and countless songs with Ashanti singing the hook, 3 topped the chart at once even. We cannot live in the past to look for a future in our music industry.
END_OF_DOCUMENT_TOKEN_TO_BE_REPLACED

Murder Inc. Has Survived And Will Survive

It’s been alot of hype about Ashanti and the Murder Inc. camp surviving if Irv Gotti gets locked up. Well starting off with Ja Rule his first four albums all debut at #1 then when rapper,”50 cent” comes on the scene everyone claims that Ja is weak, and he’s a fake thug. Even after the whole Ja and 50 beef happened Ja still came back and blazed the charts with Wonderful (ft. R.Kelly and Ashanti) which stayed in the top ten for 14 weeks in a row!Now, the princess Ashanti her first two albums debut at #1 beating out rnb goddesses , ” Tweet, and Beyonce’ Knowles”. Her new album Concrete Rose debut at #7, not as good as the first but yet exceptional!
END_OF_DOCUMENT_TOKEN_TO_BE_REPLACED