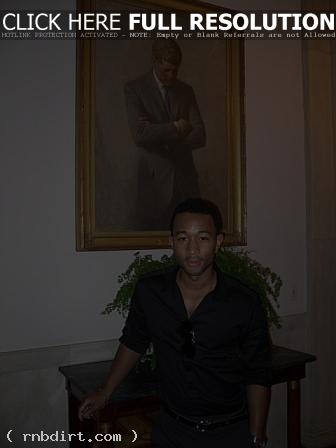 John Legend posted several images from his recent visit to the White House with girlfriend Chrissy Teigen on his Twitter, including one standing before a painting of President John F. Kennedy. The R&B singer told one follower:

I’ve met the Obamas before several times, but they weren’t home when we visited. Saw the oval office but was not allowed to take pictures there.