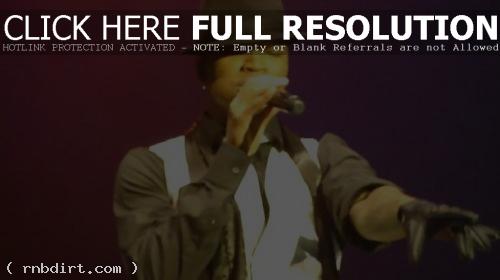 Ne-Yo checked in with his Twitter followers (@NeYoCompound) earlier today, talking about the controversy that erupted with people thinking he dissed Beyonce when it comes to the ‘Irreplaceable’ he wrote which the former Destiny’s Child star turned into a hit. The 28-year-old writes:

Just heard the audio where I supposedly dissed Beyonce. ARE Y’ALL SERIOUS!?! Did y’all even listen to what I said!?!

I said I originally wrote the song for me. That’s true, so OF COURSE I didn’t want to give it away originally. IT WAS FOR ME….

…Once I realized how the song comes across if sang by a guy, that’s when I decided to give it away. HOW IS THAT DISSING BEYONCE!?!

She took the song and made it a smash, NOBODY can deny that….

You know what? At first I was apologetic about what the hacker said, now that I’ve heard the audio myself, not so much…..

…Y’all should listen a lil’ harder before you start dissin’ people. Makes you look real dumb. I’m tired of being nice to dumb people…

…Bottom line, Beyonce is my friend. To HELL with anybody that ain’t SMART enough to understand what I truly meant…..

…Last time y’all will EVER get any of my time or attention. Much love to my fans and fam, FU** IDIOTS AND HATERS!! Have a good one.