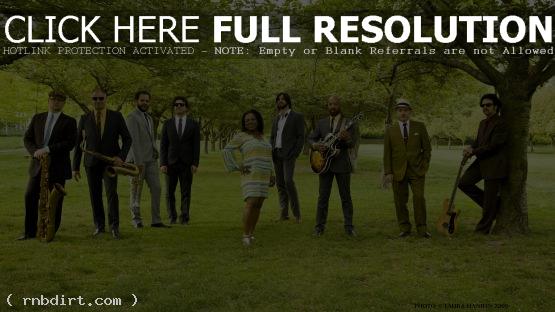 Following last week’s visit to ‘The Tonight Show With Jay Leno’, Sharon Jones and the Dap-Kings return to late night with an appearance on ‘The Late Late Show with Craig Ferguson’ tonight on CBS. This is the band’s seventh late night appearance surrounding the release of their fourth album, ‘I Learned The Hard Way’, following spots on ‘The Late Show with David Letterman’, ‘Saturday Night Live’, ‘The Colbert Report’ and more.