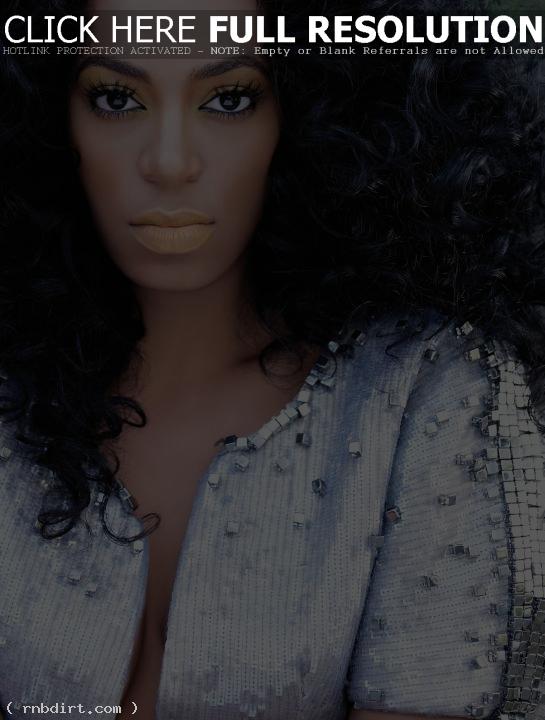 Solange Knowles checked in with fans on her YouTube channel on Thursday (August 28), talking about her appearance on ‘The Early Show’, thanking fans for buying her new album ‘Sol-Angel and the Hadley St. Dreams’ and responding to her interview with FOX affiliate KVVU in Las Vegas (watch it here), where Beyonce’s sister scolded the show for efforts to ask about Jay-Z’s club closing down. “I was furious,” Solange said. “I felt very disrespected. I felt very offended that someone would try to bring up something totally irrelevant to reel me in and tell me you’re gonna talk about the record and then try to charge me up about something. And for the record, [Jay-Z] sold the club for a very nice [chunk of change]. I just am disappointed in the level of journalism right now. I feel like it’s at an all-time low. Those that don’t know, Fox and TMZ are affiliates, so they work hand in hand to make clips like that to bring attention to their websites. I stand by my reaction. I still say it was highly disrespectful and offensive. And I’m always gonna stand up and speak up for myself and for my family as well.”