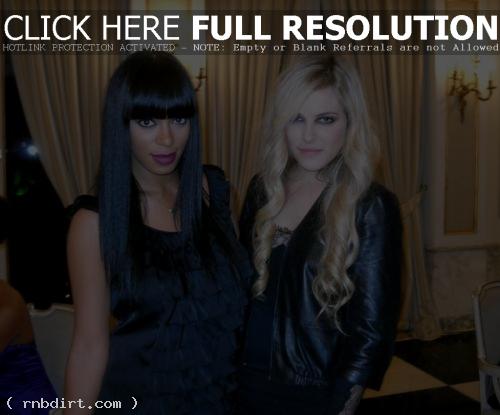 Solange Knowles checked in on her Twitter page (@solangeknowles) while on tour in Europe, posting a picture of herself and Elvis Presley’s grandaughter Riley Keough the other night at the Mango Fashion Show in Barcelona, Spain. During her performance, several joined Solange on stage at the event, prompting Beyonce’s sister to say, “What are you doing? This is a concert! Not a rave.”