Aretha Franklin appeared on ‘Larry King Live’ last week after performing at ‘My Country ‘Tis of Thee’ at the inauguration on Tuesday. Asked if it was a tough song to sing, the Queen of Soul responded, “No, not at all, but (Tuesday) it was. Mainly because of the temperature outside. I don’t have to tell you, it was freezing, if you were there. Some singers it doesn’t bother, and others it does. I don’t care for it. It affected my voice.”

As for Aretha’s thoughts about Barack Obama being elected president, she said, “Oh boy, how do you put it into words? There’s a love affair going on with the country and Barack. I think it’s the age of Barack. People have just fallen head over heels in love with him. His ascent to the presidency was miraculous. But we have to remember that he’s not going to work miracles right off the top. It’s going to take time.”

Check out the entire transcript at CNN.com. Video of the performance at Turner.com has since been removed.

Aretha Franklin just released her first Christmas album, ‘This Christmas, Aretha’, and the veteran R&B singer spoke with ‘The Early Show’ about the project before performing her classic hit ‘Respect’. “The chairman didn’t think it was that important,” Franklin said of the holiday effort. “I always did though. Christmas is important.”

The interview and performance video at CBS.com has since been removed.

Solange Knowles, who appears on ‘The Late Show with David Letterman’ (CBS) on Monday, ‘Today’ (NBC) on Tuesday, ‘Total Requst Live’ on Wednesday (MTV), and ‘The Early Show’ (CBS) on Thursday.

Aretha Franklin, who appears on ‘Deal Or No Deal’ (NBC) on Monday.

Little Anthony and the Imperials, who perform on ‘The Late Show’ (CBS) on Tuesday.

Was Aretha Franklin ‘Out Of It’ At Art For Life Event? 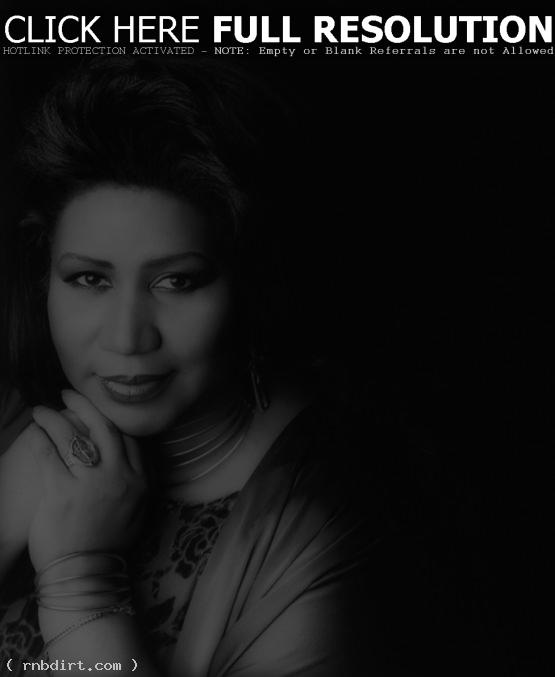 The New York Post hears Aretha Franklin was “out of it” when attending Russell Simmons’ East Hampton estate for an Art For Life fundraiser a few days back, having to get assisted out of the event. “It took five people,” a witness tells Page Six. “She was dressed in an off-white, low-cut shirt and pantsuit with jacket and pearls. She was just oblivious to what was going on.” A rep for the Queenof Soul fired back, “You are completely misinformed.”

The Associated Press reports Aretha Franklin, who owns the title of the Queen of Soul, is slamming Beyonce Knowles over the former Destiny’s Child star’s intro to Tina Turner at Sunday’s Grammy Awards, where she called Turner, not Franklin, “the queen.” Franklin said in a statement, “I am not sure of whose toes I may have stepped on or whose ego I may have bruised between the Grammy writers and Beyonce. However, I dismissed it as a cheap shot for controversy.”

Beyonce had said in introducing Turner: “There is one legend who has the essence of all of those things: the glamour, the soul, the passion, the strength, the talent. Ladies and gentlemen. Stand on your feet and give it up for the queen.”

At the MusiCares event at the Convention Center in Los Angeles, Aretha Franklin was in full diva mode, according to a New York Post source. The Queen of Soul “refused to have Alicia Keys or Mary J. Blige perform,” fearing she’d be upstaged, according to a source. Instead, a “C-list lineup” of Corinne Bailey Rae, pianist Lang Lang, BeBe and CeCe Ledisi, and Dan Aykroyd and Jim Belushi provided the opening entertainment.

At Sunday’s Grammys Awards, Aretha Franklin will be honored as the MusiCares Person of the Year, for her artistic achievements and charitable work. Talking with ‘The Early Show’ from her Beverly Hills hotel room, Franklin told co-anchor Maggie Rodriguez she tries to think of herself as “just the girl next door.”

As for which of her 19 Grammys mean the most to her, Franklin responded, “All of them. The 19th one is just like the first one was. Of course, you want to win. I love to win, so if I can just get one more — it will be 20! A nice, round figure!” Read more.

Aretha Franklin tells Radio 1Xtra’s TXU show that she almost selected Corinne Bailey Rae to star in the movie of her life story, but changed her mind after seeing her on TV. “Yeah, I just saw Corinne. I thought she was very nice – she’s a very nice singer,” Franklin explained. “I almost cast her as one of the characters in my play and in the movie, but when I saw her on TV… well, her pictures look one way and when I saw her on TV she looked a little different so I don’t think so.”

May 7, 2007 Jeff C Uncategorized No Comments

‘Access Hollywood’ reports Jennifer Hudson is being lined up to play Aretha Franklin in an upcoming film based on her life. “The producers want to know how I feel about it, about her playing me,” Franklin said. “What I’d like to see is three different people playing me.” She added: “Perhaps someone playing me from the age of 25 to about 40 and then someone else beyond that.”

An Evening Of Stars: Tribute To Aretha Franklin Preview

TheShowBuzz has highlights of UNCF’s An Evening Of Stars: Tribute To Aretha Franklin, including performances by Fantasia Barrino, Chaka Kahn, and Ruben Studdard. The event was taped in September and will reportedly air late January. Watch the preview below.