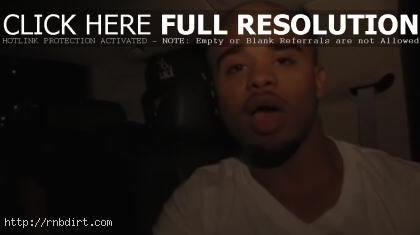 Another clip featuring the B2K reality show ‘Life After B2K’ has been posted online. Lil Fizz, Raz-B, and J-Boog talked about the B2K trademark and if Omarion would take measures to block them from owning the name… Bitterness is still high. Watch the clip below.

Can B2K members get back together to make hit records again? The reality show ‘Life After B2K’ is documenting Dreux ‘Lil’ Fizz’ Frederic, DeMario ‘Raz-B’ Thornton, and Jarell ‘J-Boog’ Houston attempt a comeback without the group’s most popular member, Omari ‘Omarion’ Grandberry. Lil Fizz wrote in a bulletin the other day, “Yes ladies you hear it right, we are doing a reality show! I will put up some clips on YouTube soon!” A preview at YouTube has since been removed.

Raz B: I’m Not Gay… No Beef With Lil Fizz

Former B2K member Raz B posted the following messages in a bulletin to his Myspace friends on Tuesday and Wednesday (August 21-22) in reaction to his ex-bandmate Lil Fizz refusing to comment on Raz’s sexual preference:

Tuesday
Let me put something out on the table right now. Here is my official response to all these gay rumors going around about myself.

1. Yes I heard the radio interview Fizz did.
2. No I am not upset with him and we do not have beef.
———————————————————————————————
Now, a lot of people seem to believe I am gay. Well I am here to say IT’S NOT TRUE. I have expressed that many many times and frankly if some people can not understand that and still want to be ignorant about the subject matter then so be it. As I said before in a magazine interview and excuse my language, but I love *****..I love the female body and I just have love for women in general.

I have nothing against the gay community, yes I support them. Why discriminate against someone due to their sexual orientation? I’m not close minded and I’m not stuck in a primitive decade. They have feelings to because they are human just like a hetrosexual male or female. Who is anyone to judge just because others discriminate against it? In a way that’s no different than being a racist. I said in a way..I didn’t say it was exactly the same, so don’t send me messages saying “it’s not the same thing” if u disagree.

END_OF_DOCUMENT_TOKEN_TO_BE_REPLACED

Bobby Brown rocks Tom Joyner’s Fantastic Voyage and talks to Jawn Murray in the BV Buzz about wife Whitney Houston. There’s also cruise news on Babyface, Wanda Sykes, Vickie Winans, Earth Wind & Fire and Sheryl Underwood. Plus, find out what Hollywood actor Serena Williams is dating; where you can see three of the B2K boys together again; and the sad story behind the death of Stevie Wonder’s mom.

Blu Cantrell and Lil’ Fizz and J-Boog of B2K were on hand for the VIP Grand Opening of the new Adidas Originals Melrose Store in West Hollywood, California on Wednesday (March 16). Check out pictures from WireImage.

The Las Vegas Sun reports that B2K was booked to perform at Joe Jackson’s 75th birthday this weekend at a private mansion in Vegas. Several celebs and family members are flying in to attend, but apparently not his famous son Michael Jackson.

Anthony Hamilton and Raz B of B2K attended the ‘American Society of Young Musicians 12th Annual Spring Benefit Concert’ at the House of Blues on June 3rd in Los Angeles. Check out pictures from GettyImages.

While Bizzy Bone admitted to AllHipHop.com there were talks with B2K about joining their Super Fam Records, the signing never officially happened. “It is not true, at all. I didn’t know that they had a label, actually,” he said. “The last that I heard about B2K was that the lead singer left. I had talked to a member on the phone a few times. He wanted to do a deal with me. I said, ‘You know what? I’ve been in this game for twelve years professionally. Send me paperwork because [it] rules this game.’ I never got a call back from this kid.” 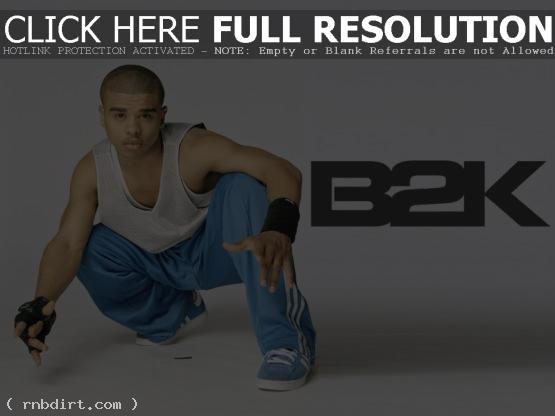 Raz-B recently spoke to MTV News on his thoughts of the B2K’s status as well as plans to put together gospel LP titled ‘Raz Beatz Presents Heal the World 2004’. Check out the article here.