Brandy Gets Edgier On Her New ‘Two Eleven’ Album 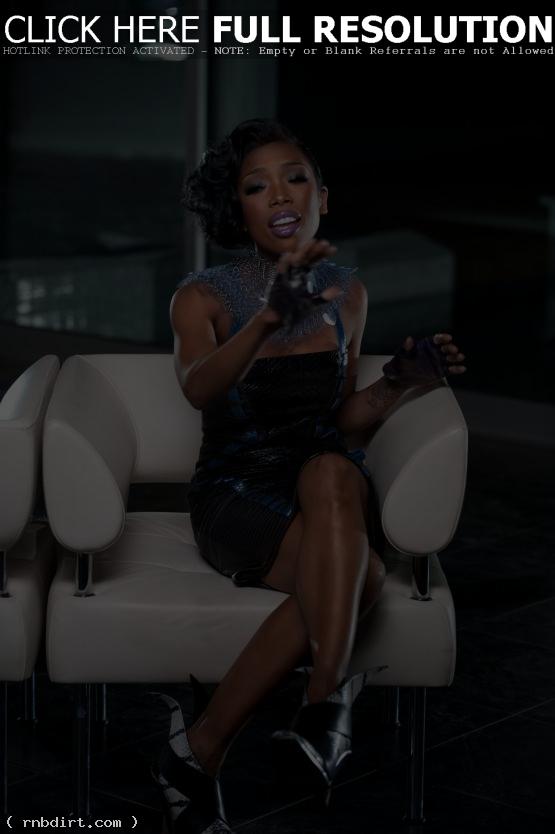 Brandy Norwood was on the phone with Kempire Radio’s Thank Kemp It’s Friday in an exclusive look into Brandy, “the woman” and “the brand”. During the conversation, Brandy talked about everything from her new music, working with Chris Brown, what to expect for the music video for ‘Put It Down’, her idol Whitney Houston to motherhood and love.

“I’ve always sang about love, I’ve always sang about the things that have happened in my life, things that I see other people experience,” Brandy said about what to expect from her sixth studio album ‘Two Eleven’. “So in that way it’s no different because I’m the same person, it’s just that I’m just a little bit older now. This album is about just the risque of the sound. It’s so completely different than anything that I’ve done and it’s just about putting a collection of songs together that were different than my old stuff. Of course you still have some of those classic songs that fans really want and appreciate, but it’s very different for me and the subject matter is a little bit edgier.”

As for how she handles trying to deal with a pressure of a comeback after her recent albums had disappointing sales, Brandy said, “Pressure is definitely hard to deal with for anybody, but for me I try to focus on the fact that I’m here and I’m here for a purpose. When I focus on that more than the pressure I can work better, I can sing better, I can give my all better because I’m not really focusing on ‘Oh my god, I gotta have this, I gotta get this and what if this person says this.’ I’m not in that space even though I know that’s going on and I know things are being said. I know hatred is being thrown, I know love is being given as well, but I try to focus on the fact that everything that I am and everything that I have is to be a service to my people and my fans that love me out there.”

Listen to the hour long interview, which took place June 8th, via YouTube below.

‘The Joy Behar Show’ talked with Brandy about her controversial departure from ‘Dancing with the Stars’, her struggle to find a boyfriend and why she’s been celibate for so many years. “I like a guy that can make me laugh. Of course, he has to be smart, family oriented. I like them a little bit tall so I can wear my heels,” the singer said when asked about her type. “And he has to definitely love children because I have a daughter, and she’s everything to me.” Watch the interview below.

Brandy In No Mood To Talk Leaving Bardot

Brandy was spotted trying to sneak out of Bardot, but wasn’t in a mood to chat with the pesky paparazzi, jumping in the back of a SUV. The singer seemed friendlier with the paps before getting the boot from ‘Dancing with the Stars’. Watch Hollywood.tv footage via YouTube below.

‘Jimmy Kimmel Live’ host Jimmy Kimmel spoke with the newest eliminees from ‘Dancing with the Stars’, Brandy and Maksim Chmerkovskiy. They talked about the experience on the show, whether there was a Tea Party voting block that spoiled the results by voting for Bristol Palin, and the appearance they got in fights with each other. “You hope for the best but I have no regrets,” Brandy said about her shocking elimination. “I had a great experience with my partner and what I gained from this show is unbelievable. My confidence is back, I believe more in myself now.”

The 2-part interview at YouTube has since been removed.

Brandy and her partner on ‘Dancing with the Stars’ Maksim Chmerkovskiy hung out with TV Guide’s Hollywood 411 after advancing to the semi-finals on the ABC show. The duo talk about ‘DWTS’, drama with Carrie Ann Inaba, bootie shake competitions and Kurt Warner’s exit. “He is a great guy, gentleman, family man,” Brandy said about Kurt. “He played football with Max every week, so Kurt and I bonded. We were on the same team, as far as Team Apolo goes, and he’s a great guy. I was just sad to see him go.” Video at YouTube has since been removed.

Brandy felt connected to the mood of the dance on Monday night’s ‘Dancing with the Stars’ and is so thankful. “Of course I’ve done choreography before but nothing like this,” Brandy explained to Hollywood.tv. “It was always stiff and didn’t look right. This competition has brought a whole new life for me in terms of dance and I have a new respect for the art and I just love it.” She also talked about wanting Max to Cha Cha with her in her next music video and noted that her body is more toned than ever thanks to the show and really sees a difference. Watch the interview via YouTube below.

An emotional Brandy talked with TV Guide about the departure of Florence Henderson from ‘Dancing with the Stars’. Brandy also discussed the show, the emotional bond between the contestants and getting her rock and roll on for next week’s performance. “She is beyond amazing,” Brandy said of the ‘Brady Bunch’ star. “There’s no words to describe her strength and her courage and just who she is as a woman and I’m just really sad to see her go.” Video at YouTube has since been removed.

‘Dancing With The Stars’ Brandy and Maksim were judged first place the other night. The singer was all smiles as she hung out at Beso Restaurant with her brother Ray J, Tony and Maksim. The paparazzi gave Brandy a shout-out for scoring highest with the judges for the evening. Watch Hollywood.tv footage via YouTube below.

Brandy Will Miss The Situation

Brandy and partner Maksim Chmerkovskiy talked with TV Guide about this week’s action on ‘Dancing with the Stars’. Brandy revealed why she’ll miss Mike ‘The Situation’ Sorrentino and expressed hope that her training will give her a killer body. “It is a bummer because I kinda connected with him,” Brandy said about The Situation’s exit. “I think he’s a great guy. He’s so nice and he’s been giving everybody gifts ever since he got here. I just think he’s a sweet guy, and I’m said to see him go home.” The interview video at YouTube has since been removed.

Brandy and partner Maksim Chmerkovskiy talked about the “weird energy” that hovered over last week’s ‘Dancing with the Stars’. “I was scared all day,” Brandy confessed about possibly being voted off the show. “All day I didn’t know how to think or just be calm. Tuesdays are now very uncomfortable for me, but my family was here, Max was very supportive and comforting, so I got through it today and I’m very happy and blessed that we get another chance to dance next week.” Video at YouTube has since been removed.