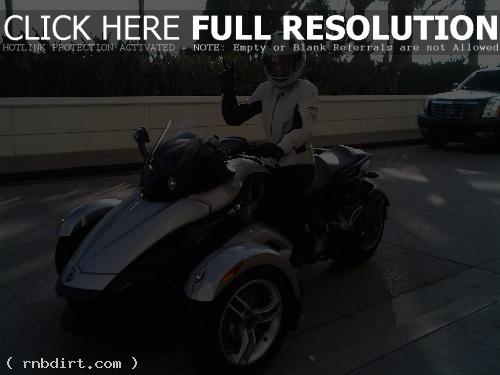 Ciara has released her new single ‘Sweat’, featuring 2 Chainz. The song is off the Atlanta R&B artist’s upcoming fifth album ‘One Woman Army’. ‘Sweat’ is out on iTunes June 19th. The singer told her Twitter followers (@ciara):

Ciara Aims To Keep In Shape, Not Get Super Skinny 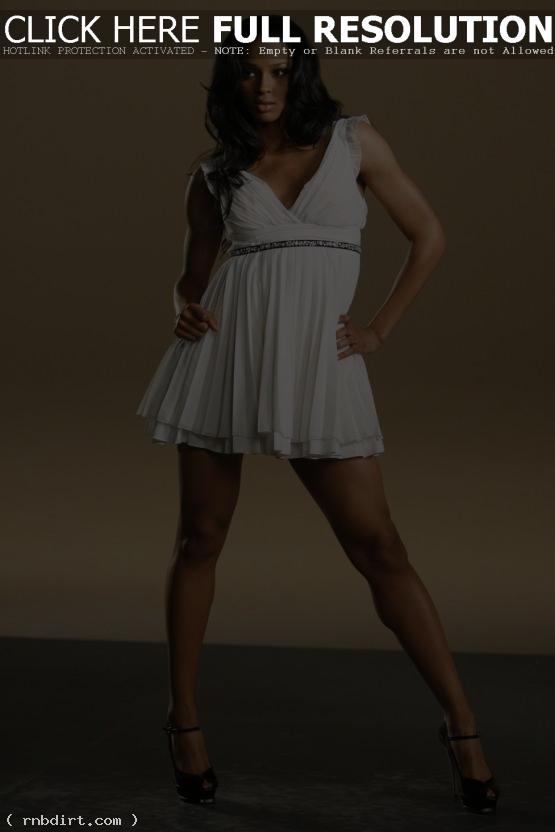 Ciara talked with Us Weekly about her obsession with walking around without clothing, and how despite a five day a week workout schedule with trainer Gunnar Peterson, she isn’t aiming to be super skinny. “I can lose weight easily and I don’t like to do that,” the 25-year-old said. “I’m not trying to lose and get small. I just want to keep shape and I just want to focus on abs and glutes.” 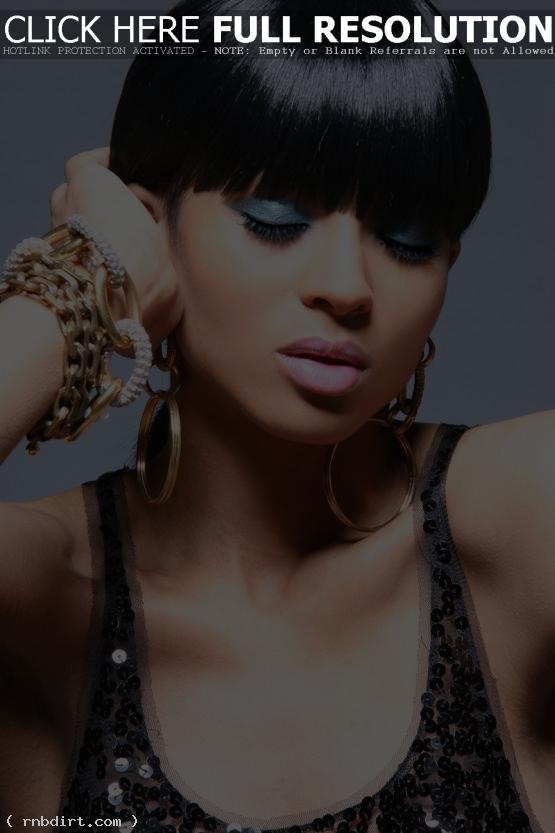 After reports surfaced Rihanna was having problems selling tickets to her upcoming tour and may have to cancel some dates, Ciara found herself getting involved with the gossip by posting a Tweet many thought was directed at RiRi. The pair had recently had a fight on Twitter, during which Rihanna told her “Good Luck booking that stage you speak of” after Ciara said Rihanna better not run into her on or off stage.

But has written just moments ago:

well, well, well, u don’t say.. I didn’t say any thing about any1 and a story is created.. there is no need for me to hide what I feel or be subliminal when it pertains to that situation. If I had anything to say I would have said it directly. I didn’t realize the timing of my statement until I saw my timeline. As I told the girl, wrong direction.. #stayingpositve 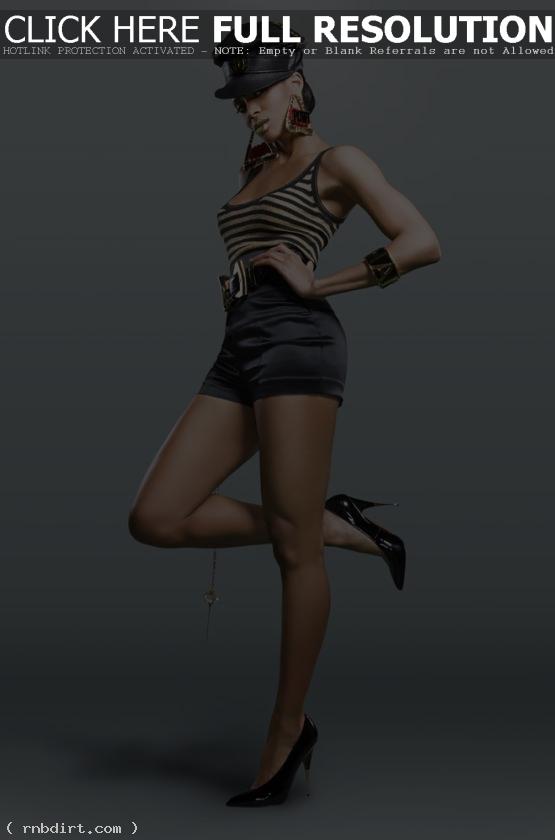 Rihanna and Ciara got into a Twitter beef on Friday (February 25) after Ciara made an appearance on E!’s ‘Fashion Police’ and shared her thoughts on her rival, suggesting that Rihanna “wasn’t the nicest” during their last encounter and it “wasn’t the most pleasant run-in”, prompting Joan Rivers to interject that Rihanna was “a bitch.” After hearing about it, Rihanna mocked Ciara for being less successful sales-wise and the two exhanged unpleasantries before Rihanna made a peace offering. Nicki Minaj even jumped in at one point, siding with Rihanna. The Tweets included:

Rihanna: My bad ci, did I 4get to tip u? #howrudeofme

Ciara: Trust me Rhianna u dont want to see me on or off the stage

Rihanna: Good luck with bookin that stage u speak of

Rihanna: Ciara baby, I love u girl! U hurt my feelings real bad on TV! I’m heartbroken! That’s y I retaliated this way! So sorry! #letsmakeup

Ciara: Rhi u know its always been love since day 1! Doing shows/everything. you threw me off in that party! Apology accepted. Let’s chat in person

Some will wonder if Ciara accepting the apology while not apologizing herself will continue to make Rihanna seethe over the situation. It’s not Ciara’s only beef within the industry, as many remember her exchange with Keri Hilson over perceived lyrical jabs. Watch Ciara’s comments that set off the flare-up below.

Ciara appeared on ‘Chelsea Lately’ the other night to talk with host Chelsea Handler about her newfound foul mouth on the new album ‘Basic Instinct’, her scandalous ‘Ride’ music video, if women in the industry are competitive, and looking forward to touring. Plus, see her special gifts for Chelsea’s tour.

“In order to get the point across in certain points, I had to say bad words,” Ciara said about the ‘Basic Instinct’ title track. “I had to curse. I had to really use them to get the message across so you really get the feeling. Anyone who really knows me knows I don’t really curse like that, so they guys were like you just gotta go in and do it. So I was like I’m gonna do it. So I went in and I tried it, and I actually really liked it.”

The interview video at YouTube has since been removed. 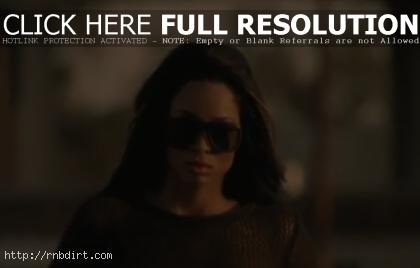 Hey my sweet fans! I am aware that there is an unfinished version of my video that is out right now. As u guys know I always want everything to be as perfect as possible when I share it with you, so something like this is very unfortunate! However I refuse to let this steal my joy and excitement! I am very proud of this video, and I worked hard on this for you guys!:) I know the premiere was supposed to happen tomorrow! Because of this I’m going to give it to you early!! Enjoy! Love Ciara 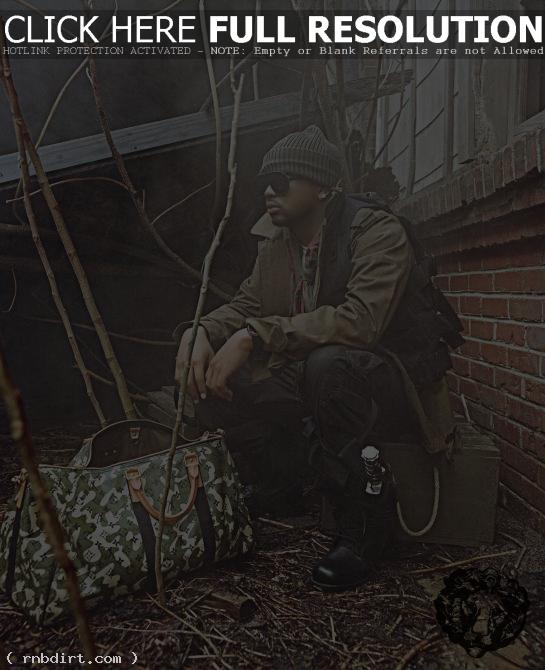 The-Dream checked in with his Twitter followers on Saturday (June 19), clarifying the comments he made to Parlour magazine about Ciara’s new album, where he was asked if it was her last shot at pop stardom. The-Dream told the mag:

I think so. You only get so many times to, and I won’t say fail, but not achieve. There’s an expectation of where Ciara should be in her career. To others, she’s achieved but not to us, because we saw where her career was headed. But now she’s back on the horse. When she first came out I, like Lil Jon and Jazze Pha, understood exactly who she was. It was that whole Atlanta vibe because if i’m not Atlanta, no one is. I knew if I had a chance to get with her creatively, there’s a specific type of swagger that she’s got. Tricky and I did her whole album, but it’s not all shallow songs like “Ride”. There’s play time but there’s substance too, it’s a great listen.

It’s sad how we take things out of context I’m sure if I was really a bad person I wouldn’t be as blessed. I work everyday to take care of Mines! I’m sure a lot of people can care less about my children be real!

I know how good I am to people! And if anyone who has met means think other wise I am sorry!

And if I said it’s Ciaras last chance it’s because we all me, Trick, and C beloved Our backs are against the wall! Hope that helps good day

Look up the word context. And also become familiar with the phrase “taken out of context” it helps

I believed in Ciara when everyone else walked away and talked shit I love her that’s my sister! Actions speak louder than words.

Everyone else may be better at sweet talking. But theres no one better at keepin it 100. I love y’all no matter what I am gods plan!

We All most Prove our reason to Exist! And it’s not the blogs sites fault that people search for negativity! Nobodys looking for positive

We are close to the end! It’s uncomfortable for us to be positive! Its easy to fall victim to the Rule. All I need is to change 1 life pure positive, unselfish energy, love, character, and wisdom! And my job is done. Why are you here? Love is the greatest sgst Ghandi DVD

“My Tree has been shaped and grown into place already, but the seeds that have fell into the ground can and will be shaped by me! Quote that Terius Nash

Ciara ‘Basic Instinct (U Got Me)’ Video 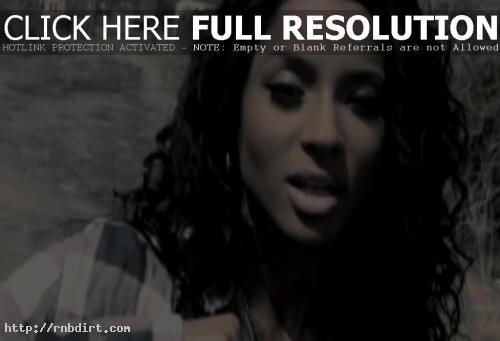 Ciara is out with the video to her new single ‘Basic Instinct (U Got Me)’, off the Atlanta based R&B singer’s fourth studio album ‘Basic Instinct’, out later this year on LaFace Records. “That song right there I dedicate it to my haters,” Ciara told Rap-Up about the track. “I also dedicated it to my fans, though… it’s just me getting a lot off my chest.” Watch it via Vevo below.

Ciara spoke with Giuliana Rancic of E! on the red carpet of Sunday night’s Grammy Awards in Los Angeles. The pair discussed how great Ciara looks without much makeup, the outfit she’s wearing, living in the same LA building as Giuliana, her two dogs, and being single and “ready to take my time”. Watch the brief chat via YouTube below. 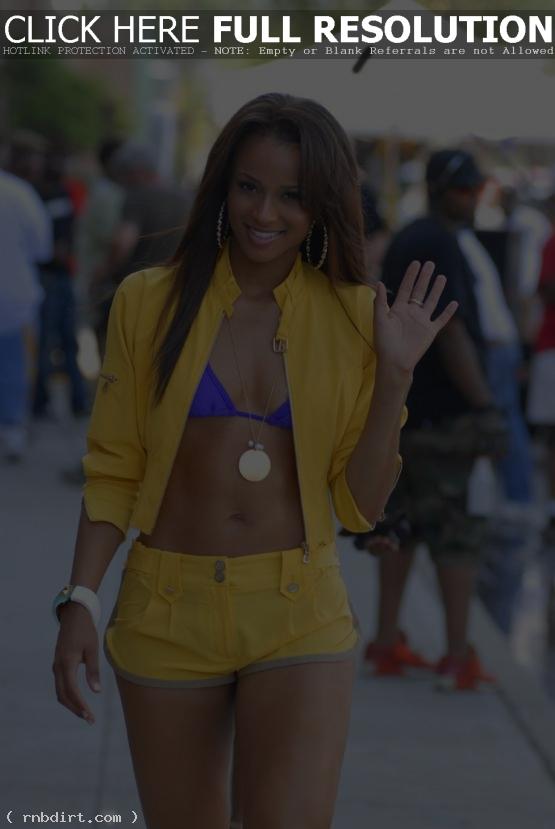 Ciara was on hand for Clive Davis’ 2010 Pre-Grammy Party at the Beverly Hilton Hotel in Beverly Hills, California on Saturday (January 30). Check out pictures from Zimbio.