Amerie and Destiny’s Child performed in concert at Madison Square Garden on Friday (July 29) in New York City. Check out pictures from FilmMagic, GettyImages, and WireImage.

Jim Farber of the New York Daily News reviewed the final Destiny’s Child concert at Madison Square Garden on Friday night. Farber writes, “As exciting as parts of this swan song show were, everyone knew it only served to clear the way for what’s likely to be an even more brilliant solo career for the group’s fetching frontwoman, Beyonce.” The full article at nydailynews.com has since been removed or relocated.

Mario and Destiny’s Child performed in concert at the Office Depot Center in Sunrise, Florida on July 17th. Check out pictures from WireImage. 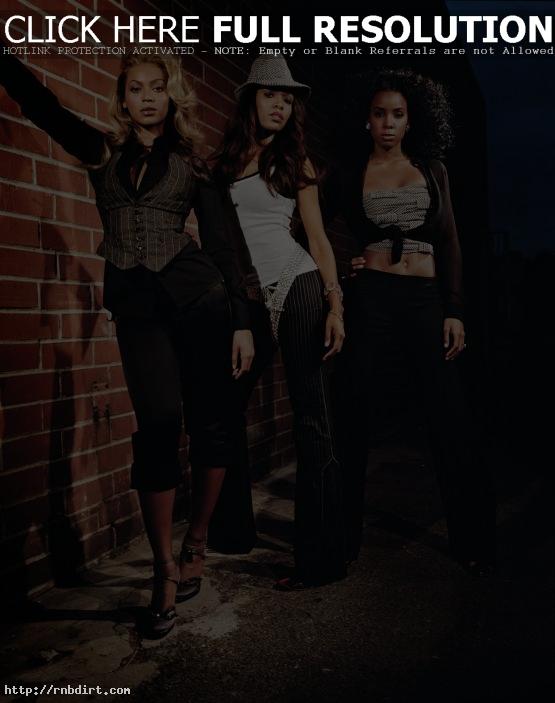 Kelly Rowland personally announced that Destiny’s Child was making its final performance together in Europe on June 11th before a crowd of 16,000 fans in Spain. The move came after the group achieved sales exceeding 40 million worldwide. “It’s bittersweet above anything,” Rowland tells David Friedman of The News-Times. “But the beautiful part about this being the last album is that we’re still gonna be best friends. We’re still gonna be there to support each other. That’s what nobody has really listened to when we actually made the announcement. We’re always gonna be there to support each other. We’re always gonna be there no matter what.”

Mario, Amerie, and Destiny’s Child performed on the ‘Destiny Fulfilled…and Lovin It’ tour July 15th at the Philips Arena in Atlanta, Georgia. Check out pictures from GettyImages and WireImage (Mario / Amerie).

Jawn Murray’s BV Buzz shares that fans at this year’s Essence Music Festival wondered if the news of Luther Vandross’s passing was true, recalling rumors of Vandross’ death that circulated in 2000 days before he performed at Essence. Hear about the wardrobe malfunction during Destiny’s Child’s concert. And there’s also news on Boris Kodjoe, Lil Wayne, The Fugees and Kym Whitley.

Beyonce: Beyond the Red Carpet

Jay-Z, Sean ‘P. Diddy’ Combs, Beyonce Knowles, and her Destiny’s Child bandmates Michelle Williams and Kelly Rowland were on hand for the ‘Beyonce: Beyond the Red Carpet’ auction presented by Beyonce and her mother Tina Knowles along with the House of Dereon to benefit the VH1 Save The Music Foundation on June 23rd in New York City. The exhibition will showcase 18-24 costumes worn by Beyonce chronicling her film, television and video appearances. Check out pictures from FilmMagic, RexFeatures, GettyImages, and WireImage.

For Destiny’s Child, The Reason For Live 8 Is Crystal Clear

The artists performing at Live 8 this weekend have their various reasons for participating, but for Destiny’s Child, it’s a simple one — to stop their hearts from breaking. To actually see it right before your eyes, you feel it,” Kelly Rowland tells MTV News of the poverty in Africa. “You cry. Your heart hurts. I don’t think we really knew how in-depth [poverty] was in Africa until we went over there.” Read more.