Divine Brown reacted to the death of Michael Jackson on her blog at MySpace (@divinebrown) on Friday (June 26). The Canadian R&B singer writes:

Wow! When I first started hearing rumors, I thought it was a hoax, some horrible joke… anything but the truth. But then, confirmations of his death came flooding in. I began getting text messages, reading people entries on twitter. My heart just sank. This man has been touching people with his voice and music since he was a mere child! He has influenced just about anyone you can think of in the music industry! Who hasn’t been touched in some way shape or form, from the beginning to the height of his career, by the King of Pop, Michael Jackson? Who? In a moment like this… all I can do is think of ways that I can become a better singer, musician, and all around entertainer. When I think of the legacy that an entity like him has left behind… it humbles me. I will never reach the kind of heights that this man had reached, but I can surely strive to achieve my personal best! I leave you now with only this in mind… R.I.P Michael, and may you continue through your memory to inspire all aspiring entertainers around the world. You were truly one in a million. 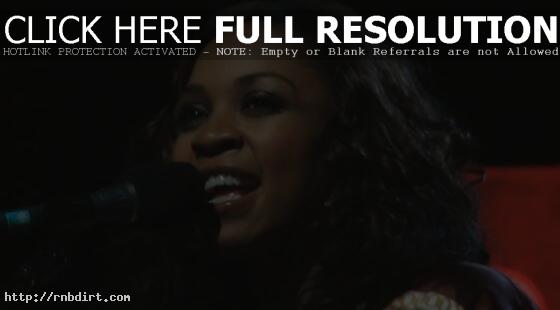 Divine Brown recently won the 2009 Juno for R&B/Soul Recording of the Year with her album ‘The Love Chronicles’. The singer was one of Q’s special guests on the show’s live audience special out of Vancouver. Watch her performance of ‘Sunglasses’, from her new album, below.

Divine Brown ‘Lay It On The Line’ Video

Divine Brown is out with the video to her new single ‘Lay It On The Line’, the first release off the Canadian R&B singer’s latest album ‘The Love Chronicles’, available now on Warner Music Canada. Watch it below.

Divine Brown is out with the video to her new single ‘Old Skool Love’, off the Canadian R&B singer’s self-titled debut album, out May 31st on Blacksmith Entertainment . Watch it at VEVO.