Tynisha Keli updated fans on her YouTube channel while at a photoshoot for the Japanese magazine Weekly Young Jump, her second of the day. “I’m having a really good time in Japan and I’m really excited to be here,” Keli aid. The video update at YouTube has since been removed.

Tynisha Keli And Aksent On The Set Of ‘Fame’ 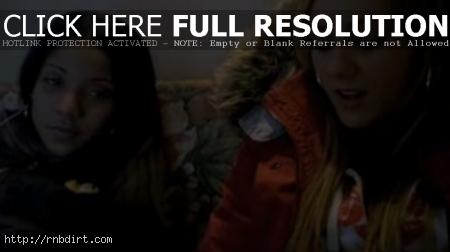 Tynisha Keli and Aksent checked in from their trailer on the set of ‘Fame’, released September 2009. They talked about playing younger girls in the film, and revealed their real ages, with Tynisha saying she’s “aging gracefully.” She then complained about it being “as hot as dog sh**” in the trailer and how they weren’t allowed to film on set, because “they’re a**holes.” Watch it via MySpace below.

Tynisha Keli checked in with fans on her YouTube channel, offering a partial cover of Brandy’s new song ‘Fall’. “I don’t really know it, but I do want to sing a piece for you guys. It’s really the only party I know, so if I’m messed up, it’s because I don’t really know the song that well. When I know it fully, I’ll do another video because I’m so excited I wanna sing it to you guys right now.” Tynisha added that she loves Brandy and can’t wait for the new album ‘Human’ to come out.

Tynisha Keli ‘I Wish You Loved Me’ Video 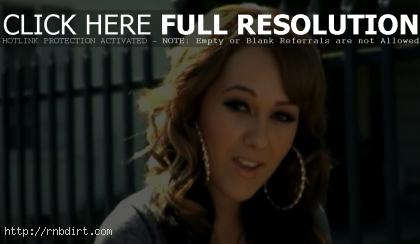 Tynisha Keli is out with the video to her new single ‘I Wish You Loved Me’, the first release off the New Bedford, Massachusetts R&B singer’s debut album ‘The Chronicles of TK’, due out January 2009 via Warner Bros. Records. Watch it via YouTube below.

Tynisha Keli checked in with fans on her YouTube channel, posting her first video in awhile. The R&B singer, just back in Los Angeles, performed a “much requested” song of hers, ‘Wishful Thinkin’.

Tynisha Keli ‘I Wish You Loved Me’ Cover Montage

Tynisha Keli checked in with fans compiling a video of fans who covered her song ‘I Wish You Loved Me’ on YouTube. Watch the clip via MySpace below.

Tynisha Keli posted footage of her performance at the KMEL House Of Soul concert on Thursday (September 11) at Ruby Skye in San Francisco. Watch the 13 1/2 minute clip via MySpace below.

Footage of Tynisha Keli checked in from the Jackson, Mississippi airport on August 8th has been posted at her YouTube channel, with the R&B singer’s crew making fun of her accent and how she says “heart attack.” Video at YouTube has since been removed.

Tynisha Keli checked in with fans on her YouTube channel after recording a song with Ne-Yo called ‘Stay Or Go’. “Ne-Yo is the bomb,” the singer said. “He’s a great writer and he’s very inspiring.” Keli also posted a clip of her in the studio with Ne-Yo. Watch one of the messages via MySpace below.