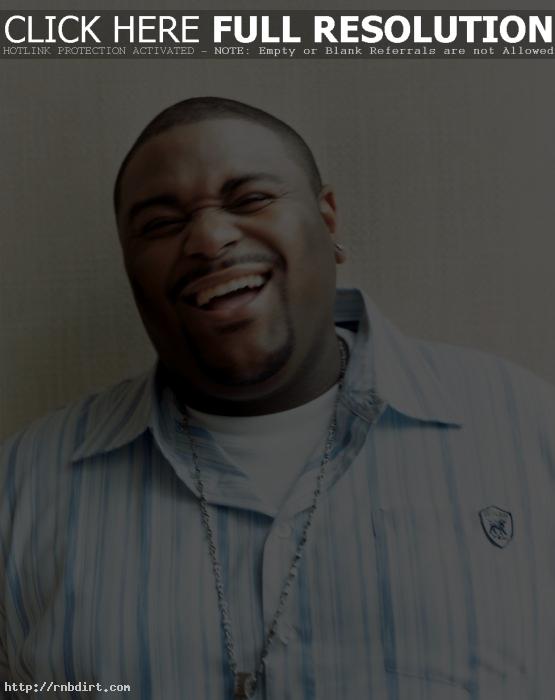 Conan O’Brien joked during his Late Night monologue on Friday, “Yesterday, Ruben Studdard won a lawsuit against his manager and he was awarded $2 million. Ruben Studdard got $2 million, yeah. This is great for Studdard. And even better news for Burger King.”

Conan O’Brien joked during his Late Night monologue on Tuesday night, “This week, Ruben Studdard announced that he’s starting an after-school program that will teach young people lessons about the music industry. Yeah, the first lesson — always ask to be paid in ham.”

During the ‘In The Year 2000’ comedy segment on ‘Late Night with Conan O’Brien’ on Wednesday, guest Jon Lovitz predicted: “Ruben Studdard will invent a new version of Six Degrees of Kevin Bacon, called 60 Pounds of Tasty Bacon.”

Jay Leno joked during his Tonight Show monologue on Monday night, “Advertising news — Coca-Cola has kicked off its new ad campaign with the slogan, ‘The Coke side of life.’ Wasn’t that Whitney Houston’s slogan, if I’m not mistaken?”

Carson Daly joked during his ‘Last Call’ Tivo monologue on Thursday night, “Nick Lachey is being paid $500,000 to appear in a new series of fitness videos. If you think that’s a lot of money, consider that the producers paid Ruben Studdard a million dollars to not be in the videos.”

Carson Daly joked during his ‘Last Call’ monologue on Wednesday night, “I like to watch the Soul Train — it was great award show. R. Kelly had a rough night though, at the Soul Train awards. R. Kelly was completely shut out. Kind of surprising to me, because I thought he would pick up at least one statutory. [Audience groans] [Applause] You like that? There was a great moment at the Soul Train awards. Stevie Wonder had, and well-deserved, a Soul Train award named in his honor, and Stevie Wonder stood up and gave the most wonderful and inspirational speech. Unfortunately, he delivered that speech into a corndog in the hallway. [Laughter] I’m sorry. I feel so guilty for saying that.”

Jay Leno joked during his Tonight Show monologue on Thursday night, “As you know, new age musician, Yanni, was arrested for domestic violence against his girlfriend. You know, Yanni is a Greek name that means Bobby Brown. Did you know that?”

Conan O’Brien joked during his Late Night monologue on Wednesday night, “Yesterday, Bobby Brown was pulled over in his car, after police ran a check on his license plates. Yeah. Brown said, ‘Nothing’s wrong with those plates, I made them myself.'”

Jay Leno joked during his Tonight Show monologue on Wednesday night, “I’ve heard this from a lot of sources now — that after 14 years of marriage, Whitney Houston and Bobby Brown may be splitting up. I guess whitney came home early, caught bobby hitting another woman. … Well, it should be easy to divide up their assets. All you need is a credit card. Pretty much.”

Conan O’Brien joked during his Late Night monologue on Tuesday night, “Then, I guess this was in the Daily News, I believe. They’re always right. It’s been reported that Bobby Brown and Whitney Houston are getting a divorce. Yeah. Apparently, Bobby Brown approached Whitney and told her flat out, ‘I want to fight with other people.'”