Would Beyonce Have It So Easy If Aaliyah Were Still Alive?

Aaliyah was everything a real artist was suppose to be, very gifted and talented and so beautiful. If Aaliyah was still alive Destiny’s Child star Beyonce Knowles wouldn’t be in the spot light so much and people wouldn’t be throwing Grammys and awards at her like it’s candy or something.

Everything that Beyonce is doing trust me Aaliyah would have been doing it. Beyonce is not on the same level as Aaliyah. Beyonce can sing really good but that is it. Aaliyah can sing, dance and act. Unlike Beyonce. Aaliyah was way more talented that Beyonce herself. I wander if Aaliyah was still alive will Beyonce be getting all the attention she is getting now? No she wouldn’t because Aaliyah would have been in every female artist way. She would have been on top of the game knocking everyone out of the way. People should stop kissing Beyonce’s ass acting like she is they best thing that ever came into the music business…because she is not. Specially for someone that just shakes their butt through the whole performance showing their g-string and screaming and yelling.

The Associated Press reports Aaliyah died of severe burns and a blow to the head after her plane crashed in the Bahamas in 2001, according to a pathologist who testified Monday at the opening of a coroner’s inquest. Dr. Giovander Raju, who performed autopsies on Aaliyah and some of the eight others killed in the August 25, 2001, plane crash, also said the 22-year-old singer “suffered generally from a weak heart.” The full story at ew.com has since been removed.

Luther Vandross was the winner of the Favorite Soul/Rhythm and Blues Male Artist at the American Music Awards on Sunday night. Accepting on behalf of Luther was his mother, Mary Vandross. She said,”I’m so very sorry that Luther cannot be here tonight in person. But I’m here to represent him. And to say thanks to all of you who made this possible, to the American Music Academy. Thank you.” And a representative for Luther added, “Luther wanted to make sure that we thank his j record family tonight. Especially Ken Wilson, Richard Palmezi, Scott Savere, and especially Clive Davis. Thank you.” Luther later won Favorite Soul/Rhythm & Blues Album, and it was taken down to Mary Vandross so she didn’t have to struggle to the stage again. And later in the broadcast, Aaliyah was the winner of Favorite Soul/Rhythm & Blues Female Artist. Jenny McCarthy and Lil’ Jon accepted on her behalf.

On November 30, 2003, VH1 will have it’s annual Big In… Awards ceremony. For the Big in 2003 show, VH1 has selected 31 songs as nominees for the Big Song of 2003 Award. And each day leading up to the show, one video will be “killed,” whichever one the viewers voted to remove from the list. On November 30th, the last song standing is the winner. So far, the songs the viewers have killed off are Cry Me A River’ and ‘Rock Your Body’ by Justin Timberlake of *NSYNC, ‘Crazy in Love’ by Beyonce and Jay-Z, ‘In Da Club’ and the ‘P.I.M.P.’ remix by 50 Cent, ‘This is the Night’ by Clay Aiken, and ‘The Remedy’ by Jason Mraz. The songs still in the competition are by Good Charlotte, Coldplay, Jennifer Lopez, Train, Sean Paul, Nelly, Beyonce Knowles of Destiny’s Child, Evanescence, Christina Aguilera, Ja Rule, R. Kelly, Kid Rock and Sheryl Crow, Ruben Studdard, Lil’ Kim, t.A.T.u., 3 Doors Down, Ashanti, Chingy, Uncle Kracker, Black Eyed Peas, Aaliyah, and Outkast. Every 24 hours you can vote to kill one of these videos.

The Associated Press reports that the parents of Aaliyah have reached an undisclosed settlement in a negligence lawsuit over her death in an August 2001 plane crash, family attorneys said. Attorneys for Aaliyah’s parents, Diane and Michael Haughton, filed a notice in federal court Thursday to say the case has been settled with an agreement to keep details confidential. Calls to attorneys in the case were not returned Monday.

The New York Daily News reports Aaliyah’s mother Diane Haughton has reached out to celebrity psychic John Edward in an effort to contact her daughter. Recalling the emotional reading in his new book, “After Life,” Edward wrote that he didn’t know Haughton was the mother of the ‘Queen of the Damned’ actress when they met. He claimed to have made contact with “a presence” during the session. Edward told Diane, “I need to make sure that you know that she’s okay … and she’s making me feel like it’s really important that you know she appreciates everything you tried to do and that you continue to do.”

About 250 celebrities, including Gwen Stefani, David Schwimmer, Brandy, Macy Gray and Jones’ ex-wife, Peggy Lipton were on hand for a benefit for The Aaliyah Memorial Fund, held high in the Los Angeles hills at the home of music legend Quincy Jones. “(Aaliyah) was like my seventh daughter,” said Jones, who has six daughters and a son. “She had so much grace. That’s why I just thought her so special — that such a young person always approached her creativity with humility and her success with such grace.” Read more.

Voletta Wallace decided to follow that example by honoring the mothers of other musicians who died untimely deaths Aaliyah, Lisa ‘Left Eye’ Lopes, Tupac Shakur, Jam Master Jay, Big Pun, Big L and Freaky Tah at ‘B.I.G. Night Out,’ a benefit for the Christopher Wallace Memorial Foundation. “Over the years, they’ve encountered one of the worst tragedies a mother can ever face, and I’m hoping not to put closure to their loss but just to share a little warmth with them,” Wallace told the Associated Press.

Jay-Z Featured On Remix Of Aaliyah’s ‘Miss You’ 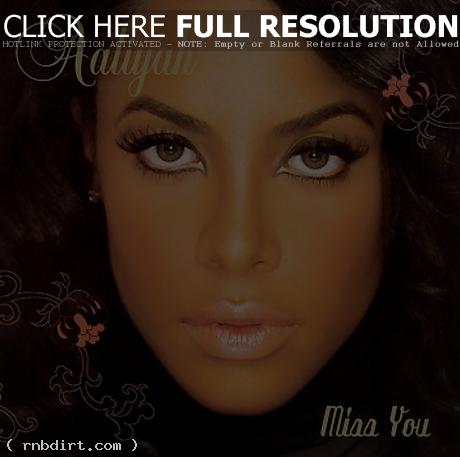 Launch.com reports that Jay-Z recently added his vocals to a remix of Aaliyah’s ‘Miss You.’ The song was the lead single from the latest album, I Care 4 You. Aaliyah was dating Jay-Z’s Roc-A-Fella Records partner Damon Dash at the time of her death in August of 2001.