R&B acts on television this week include

Akon, who performs on ‘The Tonight Show with Jay Leno’ (NBC) on Monday.

No Competition Between Akon And T-Pain 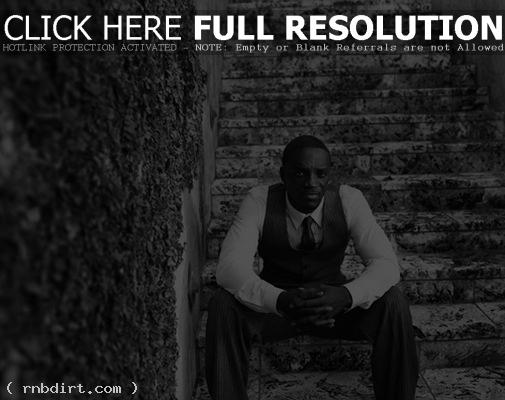 Kevin Nottingham spoke with Akon in a Q&A, asking the singer about comparisons he gets with T-Pain and if there’s any competition between the two friends. “Within me and T-Pain? Far from competition,” Akon responded. “Anything I can do to make sure that he precedes me, I do that. My goal was always to make sure any artist attached to me was larger than me. That’s why we put all of our energy into Pain the way we do it; allow him to grow and be his own man and to build his own empire from [Digital record label] Nappy Boy to everything else that he’s doing. It’s always been a situation where, you know, I never pigeon-held any of the artist that were signed to Konvict. I want them to be able to expand, grow out, become their own person, you know, have your own identity. That’s why I never hugged over him or stamped him so hard to a point where you get him and the brand mixed up, you know. But, I’ve been extremely proud of him for what he’s accomplished to this point, what he’s going through and what he’s about to do. I mean, it’s incredible to have him be the first artist, and represent the Konvict movement as thoroughly as he did. It’s a proud moment for anybody to have an artist, any record company to have an artist like T-Pain who’s probably representing and doing his thing to a level to where we could proudly say he’s a Konvict artist. There’s definitely no competition whatsoever; it’s our sound. This is what we do; we just blend it out for everybody else to enjoy it as well.” Check out the entire interview here.

Akon, who visits ‘The Ellen DeGeneres Show’ (Syndicated) on Wednesday.

Chris Brown, Akon, Colby O’Donis, Estelle, and Christina Milian were among the stars wish everyone Merry Christmas and Happy Holidays backstage at the KIIS FM Jingle Ball earlier this month in Anaheim. Watch it via YouTube below.

Akon called on MySpace to help celebrate the release of his new album ‘Freedom’. Just as the sun went down in New York City on December 1st, hundreds of fans lined up around the China Club for the free show. DJ Cipha Sounds of Hot 97 started the night off for the packed crowd right before Shontelle took the stage, performing songs off her latest release including her ladies’ anthem ‘T-Shirt’.

Akon then hit the stage, joined by Kardinal Offishall in a performance of ‘So Dangerous’. The evening wrapped up with SRC founder Steve Rifkind honoring Akon with a plaque for 5 million copies of ‘Konvicted’ sold worldwide. Watch highlights via MySpace below.

Akon checked in from the green room before his interview with Ryan Seacrest on his morning show at the KIIS FM studios in Los Angeles. The singer said normally he’d be knocked out asleep, so he decided to take a nap before they called him in. Watch footage via YouTube below.

Akon is out with the video to his new single ‘Right Now (Na Na Na)’, the first release off the Senegalese-American hip hop and R&B singer’s third studio album ‘Freedom’, out December 2nd via Konvict Muzik / Universal Motown. Watch it via Vevo below. 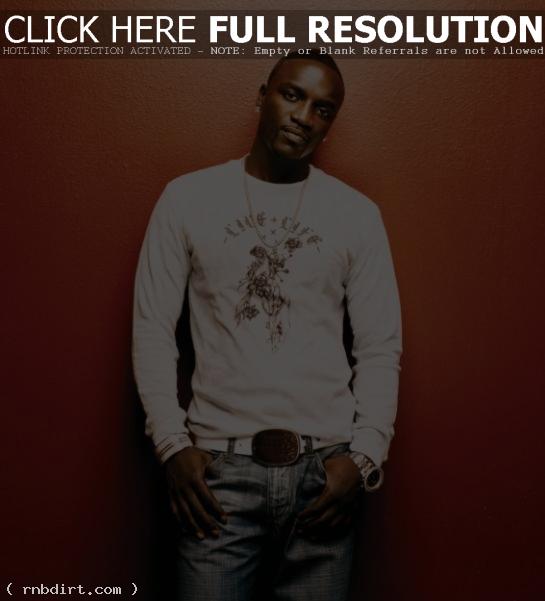 Akon is out with the video to his new single ‘I’m So Paid’, featuring Lil Wayne & Young Jeezy, the second release from the Senegalese-American R&B singer songwriter’s third studio album ‘Freedom’, out November 25th via Konvict Muzik / Universal Motown. Watch it below the cut. END_OF_DOCUMENT_TOKEN_TO_BE_REPLACED

Akon posted an interview with his new artist Colby O’Donis on his MySpace TV channel. Akon writes, “This is my secret weapon He is the real deal I would put him up against any artist his age and then some.” Colby talked about being excited about his debut album, writing everything on the disc, not having a specific writing style, incorporating guitar into his music, having a goal to be “once of the most amazing dancers out there” in a year, the female love, and how he was hustling for a long time before getting his big break. The clip at MySpace.com has since been removed.

Akon Discusses Branching Out, Jacko And Bettering The Planet

Akon chatted with Fox News Channel’s Jill Dobson about overcoming his criminal past, branching out into producing “to create more avenues to stay in the game as long as you can”, being motivated by Michael Jackson, and feeling obligated to better the planet in some way due to his celebrity status. Watch the interview below.