Antony And The Johnsons Cover ‘Crazy In Love’ By Beyonce

Antony and The Johnsons are out with the video to their interpretation of Beyonce Knowles’s smash hit single ‘Crazy In Love’. The track is available now as a double A-side with ‘Aeon’ from their second album ‘The Crying Light’, available now on Rough Trade Records. Watch via YouTube below. 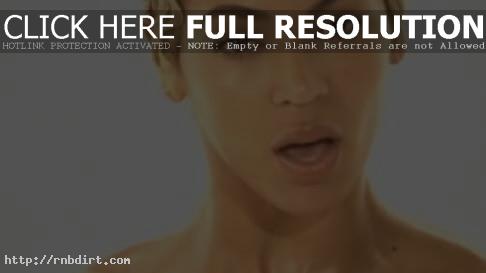 Beyonce Knowles is out with the video to her new single ‘Sweet Dreams’, the sixth release off the former Destiny’s Child star’s third solo album ‘I Am… Sasha Fierce’, out now on Columbia. Watch the Adria Petty directed video below.

Beyonce Knowles was beautifully dressed in purple when she is spotted leaving Hyde in Hollywood on Sunday night (July 12), escorted by a security guard. Check out pictures from justjared.buzznet.com.

Beyonce Knowles Goes For A Swim In Miami

Beyonce Knowles was photographed taking a swim on Tuesday (June 30) in Miami, Florida. The former Destiny’s Child star wore a shirt over her bikini to deny paparazzi a more lucrative shot. Check out pictures from Zimbio.

Beyonce Covers ‘I Can’t Help It’ By Michael Jackson

During her show at the Wachovia Center on her ‘I Am…’ tour, Beyonce Knowles covered ‘I Can’t Help It’ by Michael Jackson as a tribute to the late King of Pop. Watch fan filmed footage of the performance, which took place Friday (June 26), below.

Beyonce Knowles is out with the video to her new single ‘Ego’, featuring Kanye West, off the former Destiny’s Child member’s third solo album ‘I Am… Sasha Fierce’, out now on Columbia Records. Watch the video, co-directed by Beyonce and her choreographer Frank Gatson Jr. Gatson, below.

Beyonce Knowles and Ali Larter fight over Idris Elba in feisty thriller ‘Obsessed’. The singer talked about the role with ITN at the UK premiere of the film. Watch it via YouTube below.

Beyonce Knowles visited the Andy Warhol exhibition at the “Grand Palais” in Paris, France with her mother Tina, sister Solange and nephew Daniel Julez Smith, Jr. on May 4th. Check out pictures from Just Jared.

Beyonce Knowles found time in her busy touring schedule to do some shopping around Paris, France on Monday (May 4). Photographers and fans surrounded the former Destiny’s Child star as she exited Balmain boutique. Check out pictures from bauergriffinonline.com.

Beyonce Knowles At The ‘Obsessed’ Premiere

TV Guide’s Hollywood 411 caught up with Beyonce Knowles at the premiere of ‘Obsessed’, who talked about playing against type in the new film, as well as the former Destiny’s Child star’s co-stars in the flick, who had nothing but love for the singer. Beyonce added that husband Jay-Z was at the premiere, but had snuck in to avoid the press.

The video, featuring highlights from Beyonce’s fight scene in the movie, have since been removed at YouTube.