Jaguar Wright reacted to news Barack Obama has been elected the 44th U.S. President on her blog at MySpace (@jaguarwright). The Philadelphia R&B singer tells readers:

Last night I witnessed something that your average individual would’ve thought unfathomable as recent as ten years ago. I saw Senator Barack Obama named president elect. Don’t get me wrong, from the second I woke up November 4th, I felt a spirit of absolution fall over my consciousness. And even as I stood in line to cast my democratic vote, I felt as though my vote had been cast as far back as the day of my birth. To better explain what I’m trying to relay, you must understand; I Jaguar Wright, was born second generation after slavery. My Grandfather David Wright was born into slavery in 1900 after President Lincoln freed the slaves. My Father Norman L. Wright was born 4 years after the Great Depression in the original dirty south; the Confederate plagued Pitts, G.A. My Grandfather could never have imagined a Black President, my father has only wished for a Black President; but I, second generation Wright out of slavery, have actually witnessed it happen with my own eyes.

Jaguar Wright and Renee Neufville performed at the Nina Simone Tribute on August 8th at R & R in New York City. Check out pictures from FilmMagic.

Jaguar Wright was on hand for her ‘Divorcing Neo 2 Marry Soul’ album release party at Sutra on July 14th in New York City. Check out pictures from GettyImages.

HoneySoul.com caught up with Jaguar Wright for a Q&A and asked the singer if anyone had ever approached her and asked her to do a sexually suggestive video. “I wish someone would tell me ‘Yeah Jag, we gonna make this video and we want you to stand in the middle of the street and strip down to your draws and then take a bottle and hold it between your thighs’,” she said. “I will punch somebody in they mouth! It’s tacky. If I’m gonna get naked it, it’s gonna make sense. I believe in art, I don’t believe in trash. Grace Jones can get naked anytime she wants. I love it. But it’s art. There is a purpose, it’s about empowerment. I can respect Madonna. I can respect Tweet for her new video. It was beautiful. But she wasn’t sitting there pumpin on no car. There’s a way of doing things. There’s nothing wrong with sexual freedom and sexual expression. We are sexual beings. But we’re not trash cans. Whatever happened to being a gorgeous beautiful woman? You know what I mean? What ever happened to ‘I can show it to you but you can’t touch it until I say so.’ Whatever happened to that? Who’s teaching these little crazy ass kids that?”

The story at honeysoul.com has since been removed.

112, Jaguar Wright, Sharissa, and Jaheim were on hand as Wendy Williams held her ‘Brings The Heat, Vol. 1’ Release Party on June 22nd at Quo in New York City. Check out pictures from FilmMagic.

This is one Jaguar Wright interview you don’t want to miss. The singer dishes on how she was a roadie for “The Show Tour,” how she knew Big Pun before he was big and Scott Storch back when he bought his first Jaguar, which was baby blue. The singer is set to release her sophomore album “Divorcing Neo to Marry Soul.” Oh yeah, Jaguar also discloses information about her genius IQ and what she really thinks of teachers. Check out the interview at ThaBiz.com. 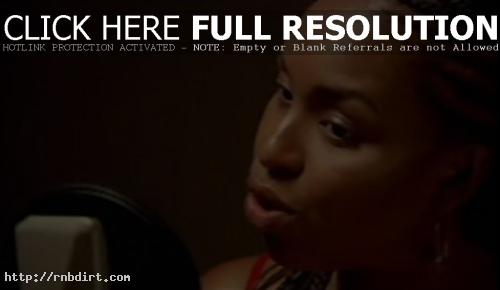 Jaguar Wright is out with the video to her new single ‘Free’, from the forthcoming album ‘Divorcing Neo 2 Marry Soul’, hitting stores July 12th. Watch it via Vimeo.

Jaguar Wright, the Isley Brothers, and R. Kelly performed at The Detroit Music Festival at Comerica Park-Day 1 on Friday (August 1) at Comerica Park in Detroit, Michigan. Check out pictures from WireImage.